How to Tell If a Quarter Is Silver 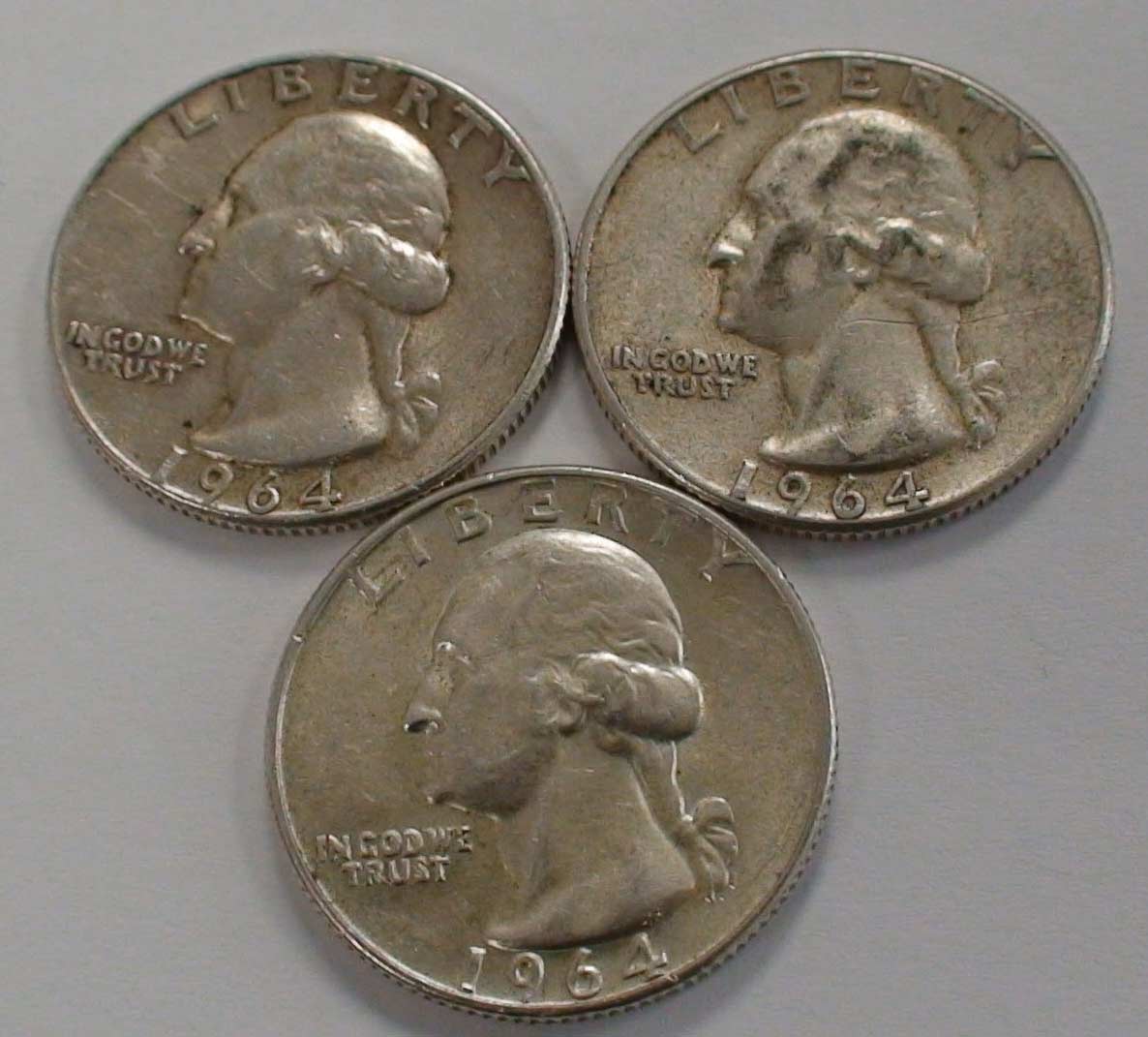 If you have quarters lying around your home or if you have a collection, you will want to know if any of your quarters are silver. The United States Mint produced quarters made of silver for a number of years before they changed to copper and nickel. Modern quarters look very similar to old silver quarters, so you need to learn a few ways to determine the difference. Read on to learn how to tell if a quarter is silver.

Washington silver quarters have a profile view of George Washington on the front. The date will be underneath Washington, and it will say, “In God We Trust” to the left of his neck. Across the top, it reads, “Liberty.” On the back of the quarter, you will see a heraldic eagle holding arrows and an olive branch.

The Barber quarter is another quarter that was silver. It has an image of the male representation of Liberty on the front facing right. The next quarter was the Liberty quarter, and it has a Standing Liberty design. It is a full length figure of Liberty. The Washington quarter came next, and quarters have had Washington on them ever since.

Look at the Edge of the Quarter

You can tell if your quarter is silver or not by looking at the edge. If it is silver, the entire edge will be silver. Quarters that are made of copper and nickel will have the copper color sandwiched between the top and bottom layer.

Since 1796, there have been eight different designs of quarters in the United States. There are only three that are commonly seen. There are Barber quarters, standing liberty quarters, and Washington quarters.

The Standing Liberty quarters are very worn if you find them, and they are worth some money. The 1916 quarter is worth a few thousand dollars. Any quarter made before 1965 is worth its silver value. Quarters that are made from 1965 on are not silver, and they are worth only face value.

Silver proof quarters use 90% silver, and the United States Mint started releasing them each year since 1992. There are fewer than one million a year. It is difficult to tell the difference between those that are silver and those that are not. You can always consult a numismatist, which is a coin expert, to find out.

In addition, Bicentennial quarters were made in 1976 to celebrate the 200th anniversary of the Declaration of Independence. They have a date of 1776 through 1976, and there is a drummer picture on the back of the coin. The ones that are silver are marked with an S because they were made at the San Francisco Mint. These quarters are about 40% silver.

If you have old coins sitting around your home or you are starting a collection, you will want to know if your coins are silver or not. It is not too hard to tell. If you can see the date, you will be able to tell because quarters made before 1965 are all 90% silver, and afterward, they were not.